1. Flip zone fidget hand spinner: These are the most basic type of spinners available in the market. They come with a sleek, aqua blue colour. With a mere cost of Rs 190, it’s easily affordable. They are pretty basic entry level fidget spinner and the lists start from here. I have used the products and merely lasted a week or longer. In fact, it’s better for its price and feels durable.

2. Chrome fidget spinner: It is coated with a bi-layer of metallic brown and golden. On spinning, it gives you a beautiful blend of both colours. It appears like this fidget spinner has golden rings around it, on rotation it looks similar to the way the planet Saturn rotates around its own axis. A spin lasts up to 3 minutes. The texture on the spinner gives it as real feel and there are minimal or no sound coming out of it when it’s working. It costs anywhere between Rs 300-399.

3. Hand Spinner EDC Toy Fidget Top Captain America: With its superior matte black finish, this makes it an ideal choice for anyone wanting to adopt a rebellious, bad boy/girl look. It has a compliable feature, enabling it to be spun from the middle as well as the sides, which makes it super easy to handle. It will hardly make a hole in your pocket, coming to the price It costs around Rs 400. The spinner upper part is made up of metal and it’s more of budget segment fidget spinner you can buy from the market. Though made to last for a long even if you drop it ‘n’ number of times.

4. The dazzling LED light fidget spinner: This plastic black, fidget spinner has an exclusive feature to it. It is fitted with LED lights which give a wonderful appearance as you spin it. It costs around Rs 400, and the lights are easily removable and serviceable.

5. eGalaxy Hand Fidget Spinner Focus Toy Metal 6 Hands: These are round in shape, making them one of the rarest fidget spinners in the market. Made from aluminium, they are carefully carved and assembled and come in a wide array of colours: grey, blue, and pink. They are easy to operate and merely cost Rs 499.

6. Marvel lovers…I have something for you!: The Captain America fidget spinner: With its classic American, blue and red finish, the owner would actually feel super powers seeping into him due to its hypnotic white rings that show during the spin. It cost Rs 540.

7. Fidget Spinner High-Speed Stainless Steel Bearing: This shiny blue fidget spinner is meticulously machine made with aluminium and costs Rs 899. An average spin lasts 4-5 minutes on this one.

8. The Aeoss Zinc UFO fidget spinner: Coming with a cost of Rs 900, it has a fancy ‘space’ like look to it. A single spin lasts for 4-5 minutes on this one as well.

9. Full metal turbo fidget Spinner: This is made from very heavy metal and is ideal if you are a Ninja and need a weapon. It gives you wonderful balance and with super metal bearing gives you balance performance.

10. Pepperonz Gold Fidget Spinner: This spiffy, South Asian fidget spinner was manufactured in Hong Kong and because of its multi-lobed structure, it feels ‘cool’ to use it. It even has several rubber bands at its end, adding to the aesthetic look. It is the most expensive on this list and costs Rs 900. 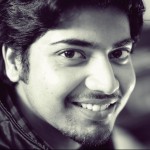 Prasad studied Commerce in High School, Finance in Graduation, And learned SEO through experts. He began to look all starry eyed at words more than five years prior. He has been getting a charge out of great connection from that point forward. Prasad wishes to deal with write-ups, share his blogging learning with everyone.

50% OFF + Turbo Server + Staging and JetPack

Looking to host your WordPress website/blog? A2 Hosting is a great choice and now you can claim up to 50% discount on A2 Hosting's WordPress hosting plans

WordPress Hosting With DreamHost. Get up and running fast with WordPress. Optimized for performance and preconfigured for easy maintenance. Starting at: $2.59/mo.

BigRock Flat 30% Off On WordPress Hosting

BigRock is one of the most flexible host which can accomodate almost anyone.

Scroll back to top wpDiscuz
0
0
Would love your thoughts, please comment.x
()
x
| Reply